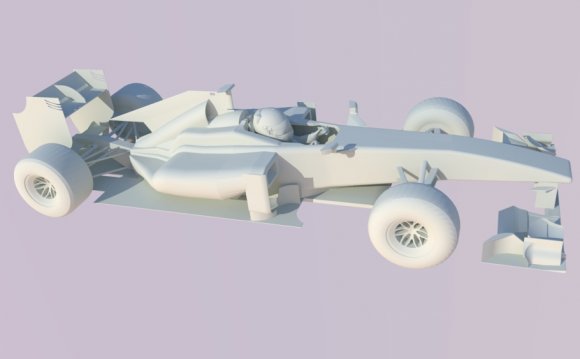 The overhead comparison above highlights the key areas of change. Starting from the front, the nose of the car (1) is 20cm longer than in 2016, while the width of the front wing increases from 165cm to 180cm. However, the wing’s new delta shape means the distance between the front tyre and the endplate (2) remains unchanged, as does the endplate size.

Restrictions on floor surface area means that rearward of the front of the cockpit (5) the car cannot be the maximum 180cm wide for its entire length (6), so there must be a cut-out at some point (7). Another proposal prescribes a minimum body width of 160cm at all points, which means the cut-out cannot be more than 10cm deep. Finally, the rear wing (9) is wider - up from 80cm to 95cm - with a bigger overhang.

Looking at the 2016 and ’17 cars front-on, we can see that the rear wing is not only wider, but also lower. The drawing above also highlights the increased width of the tyres (2), the car itself (3), and the front wing (4).

A similar comparison from the rear of the cars again makes clear the lower and wider rear wing (1/2) and the wider rear tyres. It also shows us another change: an increase in the permitted height of the rear diffuser, up from 12.5 to 22cm.

It is not only the height of the rear diffuser that is different. More importantly, the side-on comparison drawing above shows that instead of starting from the rear axle, the diffuser starts 33cm in front of it (6). As well as the nose (1) and front wing (2) changes, this drawing also shows the return of large turning vanes (3) between the front tyres and the sidepods, as well as highlighting the bigger rear wing (5) with its larger overhang, which will help boost ground effect.