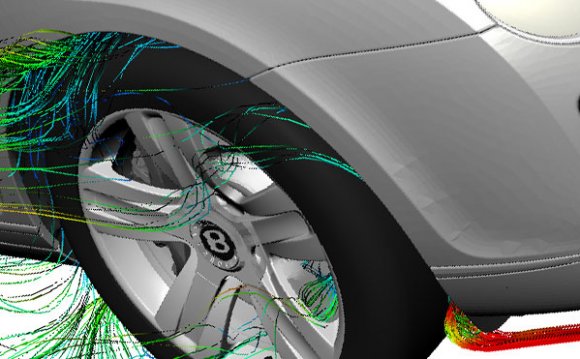 RadiatorsAre heat exchangers used for cooling internal combustion engines, mainly in but also in, railway locomotives, , stationary generating plant or any similar use of such an engine.

Internal combustion engines are often cooled by circulating a liquid called through the engine block, where it is heated, then through a radiator where it loses heat to the atmosphere, and then returned to the engine. Engine coolant is usually water-based, but may also be oil. It is common to employ a water pump to force the engine coolant to circulate, and also for an axial fan to force air through the radiator.

In automobiles and motorcycles with a liquid-cooled internal combustion engine, a radiator is connected to channels running through the engine and cylinder head, through which a liquid (coolant) is pumped. This liquid may be water (in climates where water is unlikely to freeze), but is more commonly a mixture of water and antifreeze in proportions appropriate to the climate. Antifreeze itself is usually ethylene glycol or propylene glycol (with a small amount of corrosion inhibitor).

The radiator transfers the heat from the fluid inside to the air outside, thereby cooling the fluid, which in turn cools the engine. Radiators are also often used to cool automatic transmission fluids, air conditioner refrigerant, intake air, and sometimes to cool motor oil or power steering fluid. Radiators are typically mounted in a position where they receive airflow from the forward movement of the vehicle, such as behind a front grill. Where engines are mid- or rear-mounted, it is common to mount the radiator behind a front grill to achieve sufficient airflow, even though this requires long coolant pipes. Alternatively, the radiator may draw air from the flow over the top of the vehicle or from a side-mounted grill. For long vehicles, such as buses, side airflow is most common for engine and transmission cooling and top airflow most common for air conditioner cooling.

Automobile radiators are constructed of a pair of header tanks, linked by a core with many narrow passageways, giving a high surface area relative to volume. This core is usually made of stacked layers of metal sheet, pressed to form channels and soldered or brazed together. For many years radiators were made from brass or copper cores soldered to brass headers. Modern radiators have aluminum cores, and often save money and weight by using plastic headers. This construction is more prone to failure and less easily repaired than traditional materials.

An earlier construction method was the honeycomb radiator. Round tubes were swaged into hexagons at their ends, then stacked together and soldered. As they only touched at their ends, this formed what became in effect a solid water tank with many air tubes through it.

Some vintage cars use radiator cores made from coiled tube, a less efficient but simpler construction.

Radiators first used downward vertical flow, driven solely by a thermosyphon effect. Coolant is heated in the engine, becomes less dense, and so rises. As the radiator cools the fluid, the coolant becomes denser and falls. This effect is sufficient for low-power stationary engines, but inadequate for all but the earliest automobiles. All automobiles for many years have used centrifugal pumps to circulate the engine coolant because natural circulation has very low flow rates.

A system of valves or baffles, or both, is usually incorporated to simultaneously operate a small radiator inside the vehicle. This small radiator, and the associated blower fan, is called the heater core, and serves to warm the cabin interior. Like the radiator, the heater core acts by removing heat from the engine. For this reason, automotive technicians often advise operators to turn on the heater and set it to high if the engine is overheating, to assist the main radiator.

The engine temperature on modern cars is primarily controlled by a wax-pellet type of thermostat, a valve which opens once the engine has reached its optimum operating temperature.