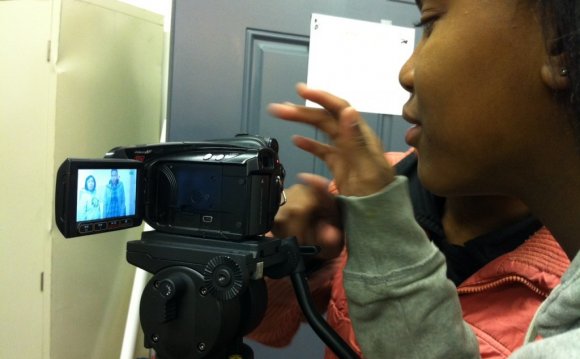 'The Concept of News' was the title of a symposium organised by The Newsreel Network and held over 20-21 May at the Danish Film Institute in Copenhagen. The Newsreel Network is a collection of scholars interested in newsreel research, convened by the University of Lund in Sweden, newsreels being a common feature of cinema programmes in many countries between the 1910s and the 1960s. I was there

The purposes of research networks such as these is to bring together scholars with interest in a common theme, to learn from one another’s research through the presentation of short papers, and to discover through discussion practical ways in which to further research in the field. Despite all the social interaction that goes on online, it still helps hugely to meet actual humans face-to-face, and a two-day symposium for fifteen or so people can be more productive in helping to shape an agenda and construct practical plans than a formal conference.

The full title of the symposium was ‘The Concept of News: Scandinavian and Global Perspectives’, and there were several short papers on newsreel research in the Scandanavian countries, as well as Belgium and East and West Germany, focussing on the subjects of the Cold War and the Suez Crisis. The latter was chosen as a useful example for cross-comparing how different national newsreels treated the same topic, often with the same footage – there were few camera teams on the spot during Suez and what was filmed was pooled to other news organisations – but with dramatically different interpretations of that footage in the respective commentaries.

A paper I particularly liked was given by Tore Helseth of Lillehammer University College. He has found paper records of what international newsreels were shown in one small Norwegian town during the 1950s, and contents lists for those newsreels. This is a precious discovery, because for many countries barely any records survive that document what the contents were of the newsreels and when they were issued. In the UK we are fortunate that a huge amount of newsreel documentation survives. In America, by contrast, a vast amount of documentation has been lost, and the survival rate of the films themselves is sadly poor.

Most of the remainder of the symposium was given over to broader issues about news archives and the definition of news itself. These issues matter for us at the British Library, not simple because we what is probably the world’s largest news archive, but because we are looking to move from being a newspaper archive to becoming an archive for news in all its forms. This raises interesting issues of definition. How far does the idea of news stretch? Does it include any kind of information delivered to an audience at a particular time, or does it lie specifically in those media which identify themselves as being carriers of news, such as newspapers?

Professor Brian Winston of the University of Lincoln, talked about news vs information in his paper, which was a response to the recent book by Andrew Pettegree, The Invention of News, a history of the production of news 1400-1800 (, a satire on the proto-newspapers (corantos) being published in London, which includes these striking words:

We not forbid that any News be made,
But that't be printed; for when News is printed,
It leaves, Sir, to be News...

Winston concluded with the eternal truth, attributed to New York Sun editor John B. Bogart, “When a dog bites a man, that is not news, because it happens so often. But if a man bites a dog, that is news”.

Concept of this news clip to promote perfume or vulgarity .