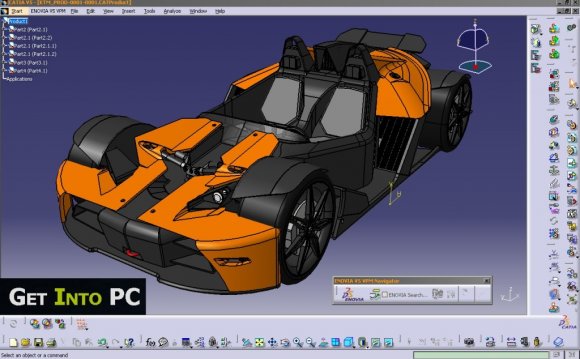 Two projects are attempting to design and build automobiles using the principles of open-source software.

It’s probably too early to know if open-source software design principles can translate to hardware–in particular, automobiles–but it is a sign of the cultural power of that ideal that two different teams of designers have arisen to attempt to build “open source automobiles.” Anyone is invited to contribute ideas and talent, and the process requires open sharing and collaboration at all stages of design and construction. The big question is, will it work? Can open-source principles work in a radically different, physical medium?
Markus Merz, the German founder of the OScar project, states his goal as follows: “Building a car without an engineering center, without a boss, without money and without borders. But with the help of the collective creativity of the Internet community….” The project started in 1999, and by 2006 announced that it had prepared version 0.2. This meant that the designers had agreed upon a design concept that would be the basis for future planning and building.

That year, there were three core people managing the project, with about 110 people from around the world contributing to it, and another 1, 000 who were registered users on the site. Merz estimated he spends two days a week on the project. For more, see the Business Week article on OScar and New Assignment.

Another open-source car design project known as “c, mm, n” (“common” without the “o’s”) was launched in March 2007 by The Netherlands Society for Nature and Environment. This project has some serious backing—three technical universities in Delft, Eindhoven and Twente; partners such as the Dutch Minister of Economic Affairs and the Ministry of Transport; and two corporate sponsors, Athlon Car Lease and Rabobank.

The c, mm, n invites designers and users to help develop a “car of the future” whose blueprints will be freely available as “open source” design plans. There will be no formal “end” to the project; it will be an ongoing project carried on by a community of volunteers. All improvements to the design will be available to everyone.

The sponsors of the c, mm, n want to design a car that holds answers to the following questions:
*What kind of system do we need to ensure our freedom to move in the future?

A non-working concept version of the c, mm, n was introduced at an Amsterdam car show in March 2007 AutoRAI It is hoped that a proof-of-concept c, mm, n will be presented at the AutoRAI in 2009.

There is a touch of zaniness to the idea of an open-source automobile. But then, that’s also what was said about Richard Stallman in 1984 when he started the Free Software Foundation, whose work initiated key elements later resulting in the GNU Linux operating system. So who knows if open-source principles can be folded into the manufacturing process? Eric von Hippel (Democratizing Innovation) has shown that user-generated innovation is, in fact, quite common in certain niche manufacturing sectors, especially extreme sports equipment. So why not an open-source car?

Allied/RS Bring Free 3D Design Software to Everyone on the ...