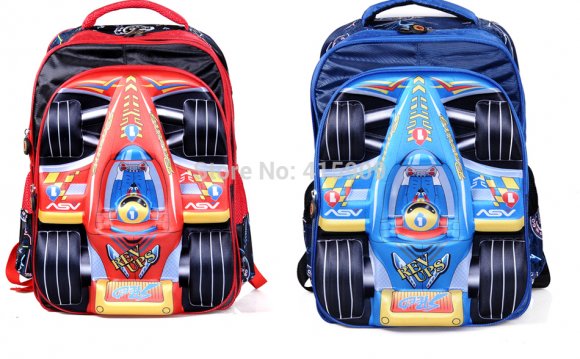 Once you make the big decision to turn your passion into your job, you have to think how to do it right to prevent a failure. However, it's important to seek the help of your friends and, in particular, your family to support your career choice – you can't do it all by yourself.

When I was head of the transportation design department at IED in Turin, I always advised young people who were asking for course information to visit the school with their parents. I had the pleasure of meeting many parents who were curious and very interested to understand how the school worked, who were the teachers, what type of projects were being done, what type of external collaborations and sponsors we had and so on.

It's important to bear in mind that parents will often need to be reassured because design education for many families is still a strange thing to get involved with; they would rather see their kids become architects or engineers than any sort of artist.

Once you've chosen a design school to attend, your parents will remain an extremely important part of your success. Attending a design school, for many, means living abroad, while you'll also need to pay rent, run a car – especially if you study in the US – and finance all other living and studying expenses. Your parents will often be called on to help with this, hence why they will want to make sure that they are making the best investment the right design school for their son or daughter's future.

In addition to providing financial support, which is often considerable, you will also call on your family for emotional support. Attending a design school is a unique experience, one that without the support of your family it will be almost impossible to make it. Naturally, you will be inspired to work even harder for your future to honour your parents efforts emotional and financial investment in you.

As I often say “put together an entry portfolio for design school selection and cross your fingers.” However, what do I really mean by saying that?

Let's suppose that you have chosen the right school, and your parents are supporting you – great! The next step is to make your application. The best-known schools will all have an entry selection process that each candidate has to go through before they are accepted.

This is normal and I believe it is a must; design schools want to excel and to do so they need to have talented and determined students to do well in order to boost the school's reputation.

Generally, the entry selection involves providing the school with an entry portfolio, along with supporting documents, with which a school committee will evaluate your skills and creative level. In some cases you will also be asked to present your portfolio to a judging panel, allowing the school to understand also your personality.

When I got accepted at Art Center College of Design in Pasadena, I also had a meeting to assess my attitude with the head of foreign students, to evaluate my maturity, personality, character and English language level.

The reason for all these steps is simple: when you get accepted into a very competitive and hard-working design institution you must have both the talent and the brain to survive during the hard times.

I'm often asked by students to provide guidance in preparing an entry portfolio. However, it's actually one of the easiest tasks that you will have before starting school. All you have to do is to collect your original sketches done by hand with any media that best show your skills.

How do I choose my best Car Design School?