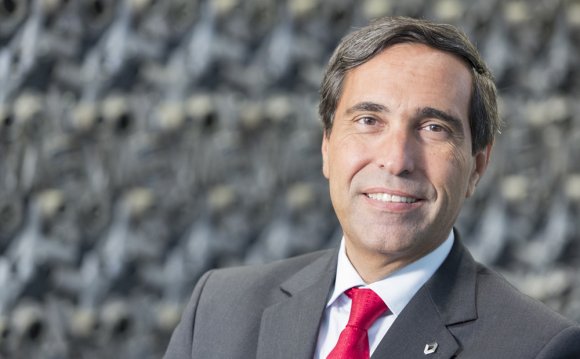 He was born and raised in India. After graduating college in 1989, majored in Mathematics, and then in polymer technology, he joined a polymer engineering company . Three years later he decided to learn designs, and quit the engineering company and joined National Institute of Design (NID) in Ahmedabad, India. He studied 3 years there and graduated, and joined Maruti-Suzuki. In Maruti-Suzuki, he was assigned to Japan and later returned India and set up Suzuki Design Studio.

In 2003 he decided to join Tata ELXSI, when Tata expanded its car line-up for small passenger cars, called Nano. Tata valued his experience in developing Alto at Maruti-Suzuki. When the project of Nano completed, he was assigned to Japan to expand design business of Tata ELXSI in 2004. Ten years later he was headhunted to the world largest 3-D digital software makers of Dassault Systems and now he is handling various Japanese customers helping them to shape their digital design strategy.

As a matter of fact, I wanted to be a fighter plane pilot. But I was not strong enough physically, and I lost in the endurance test (I guess), so I gave up my dream. And I don’t regret about it today.

I did not know there was any profession called “Car Designer”. I majored mathematic in college. Although I liked drawing cars or airplanes and used to draw lots of them when I was in school, I never thought of becoming designer until I started a job at polymer engineering company. When I was working there, people came to me and asked, “Can you design this?” That’s made me interested to study more about Industrial Design. That’s how I wanted to learn design.

I found out so-called professional designer existed in that polymer engineering company. And I wanted to become a designer as well. I saved money for three years while I was working there, and joined National Institute of Design. In those days, unlike now, there were only two art schools in India. The other school was IDC at Indian Institute of Technology. I came to know about NID from newspaper advertisement, but I have not heard of IDC till then. So I had only one choice and it was NID. Also, Ahmedabad was rich in culture. NID targeted to seek “What is Indian-ness?” In Ahmedabad, the home town of Sarabhai Family. Dr. Vikram Sarabhai who founded the only space research and development facility in India (which is known as ISRO (Indian Space Research Organization) today. There was ISRO Satellite Center, The city is a good mix of old India and new India. After joining NID I found to my surprise that there was no final or mid-term exam at NID. It was a pleasant surprise because I never liked exams! (lol)

I stayed in NID for 3 years, and there I got interested in car design, first time I knew that the car designing profession existed. What I liked about NID was, there was no exam. Our presentations were examined by a jury panel, which was a very good experience for me. Unknown people, faculty members or any students watched our presentation were able to make critiques. Only graduation jury was closed and all other jury was open. I was instructed by my teacher “To be Open, and never reject any ideas in the beginning.”

I must tell you that College is where students can get hungry to learn (even though you learn all throughout your life). When you are in school, do practice more for analog sketches. Now I am working in Dassault Systems, which is the world largest 3-D digital software developing company, so it may sound funny if I emphasize you about the importance of analog skills. But, once you got start working, no time to learn/practice analog skills (if you miss the bus).

The first 6 months in NID was learning basic skills like sketching, model making, graphic principle, etc. First one month was just practice drawing lines, circles, ellipses, cylinders, squares, free hand sketching, and so on. When I was admitted to NID, I did not have any design skills in terms of product design. At that time I was not sure why I was selected. Unlike lots of other candidates who came for the entrance exam, I even did not have a portfolio. The entrance exam was a new thing to me. I was asked to make a candle stand with a small piece of aluminum ware. The skill was not a major factor. They wanted to see how I think, how to behave, how open I am. Designers are required two things in NID, one is skill and the other is mentality for open to learn. One of the jury told me that I had to be more open to others. NID philosophy was to make students open, hungry to learn, and good to observe so that students can perceive things better.

At NID, unless you cannot find a sponsor by yourself, you cannot graduate. So the 6 months before school curriculum finish, you have to go out of the school and find some company to sponsor you. That was a tough requirement. I designed a tractor for agricultural machinery company. That was my diploma project, and luckily that company sponsored me for financing the graduate project.

About one year after graduating NID, I joined Maruti and later transferred to Japan in 1999, and stayed Japan for two years. Then I returned India to set up Suzuki Design Studio, that was Suzuki’s first overseas design studio in Asia. In the beginning when I joined Maruti, there was no design studio. Not many industry and for that matter people in India knew well what design was about. They did not need to design, as everything was coming from Suzuki, and Maruti was just assembling cars. So, when I joined Maruti, nothing to do. I used to draw car sketches. But nothing happened. We did not have design studio there. Other people thought of me what this guy is doing, I was just sketching (lol). That was those days in Maruti Suzuki in 1997.