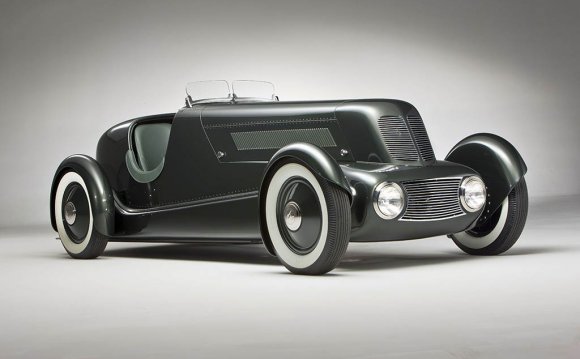 Cars are going to change a lot in the next few decades. Electricity on one hand and software on the other change what a car is, how it gets made and who might own one. They might also change the key players. As is often the case when an industry is going to be turned upside-down, there are actually a number of separate things happening, which feed into each other and accelerate the pace of change.

Electricity changes what it takes to build cars

First, the shift to electric reduces the mechanical complexity of cars a great deal. No transmission or internal combustion engine means far fewer moving parts. That may also change the sophistication and capital required to design and build cars, which, in turn, may change who can build them and how they get built. Gear boxes and premium sports transmissions turn into software in the same way that electromechanical calculating machines or cameras got turned into software.

The key change in the phone business in the last 15 years is that you used to need deep technical understanding of cellular technology to make phones, and now you don't - you can buy commodity components off-the-shelf. This happened to the PC industry too: the technology changed from a core enabler to a module. There's obviously a lot of variation within this: Apple and Samsung create very sophisticated custom systems whereas cheap Chinese manufacturers just buy a system-on-a-chip from Mediatek or its competitors, but IP is no longer a condition of entry (as Apple itself showed). In parallel, the industry moved almost entirely from in-house factories to outsourced contract manufacturers. These two changes together mean that entering the phone business now needs much less IP and much less capital.

The car business is some of the way there - there are contract manufacturers and there are modular systems and components (especially within groups, of course). But the shift to electricity might take us much further down that road. One of the important dynamics of smartphones today is that there are companies effectively outsourcing scale to Shenzhen and adding their own software, brand, marketing and distribution instead, with much lower capital requirements - Xiaomi most obviously. This may not be directly applicable to the manufacture of a large piece of metal instead of a small piece of glass and plastic. But it might be.

Second, the rise of on-demand car services changes what it means to own a car and changes who buys them, and that in turn may also change what they look like. These models won't work for everyone everywhere: there will be a point of equilibrium in each urban area where supply, demand and price stabilize at a sustainable level (after the price wars and sign-up bonuses are gone), and that point of equilibrium will look different in different places. The number of people who stop having a car (or using one) or who stop using public transport will vary, and won't be universal, but will be substantial.

But to the extent that this does happen, who owns those cars and what do they look like? It may make more sense for the cars themselves to be owned by someone with a big balance sheet - a GE Capital, if you like - that owns hundreds or thousands of cars with an optimised financial structure, rather than individual drivers getting their own leases. That in turn means that the cars get bought the way Hertz buys cars, or - critically - the way corporate PCs get bought. In this world what matters is ROI and a check-list of features, not flair, design, innovation or fit and finish. The US car-rental companies account for around 15% of the US industry's output, and some models are specifically designed with this market in mind. They're not the cool ones. That poses a challenge for Apple, and indeed Tesla. If the users are not the buyers, the retracting door handles or diamond-cut chamfers don't matter.

Third, autonomous self-driving cars, presuming for the sake of argument that they happen, change vastly more than just traffic accidents. They have the potential greatly to expand the adoption of on-demand, and so to transform who buys cars and why.

Removing the drivers from an on-demand car service cuts the cost, since you don't have to pay them and also since lower accident rates mean cheaper insurance (though this applies to your own car too). But in addition, autonomous cars expand supply for on-demand services, since many more cars are available to be used for on-demand when their owners aren't using them. This will creates all sorts of second-order effects and feedback loops. We saw the same thing with cars themselves: as Carl Sagan said, it was easy to predict mass car-ownership but hard to predict Wal-Mart.