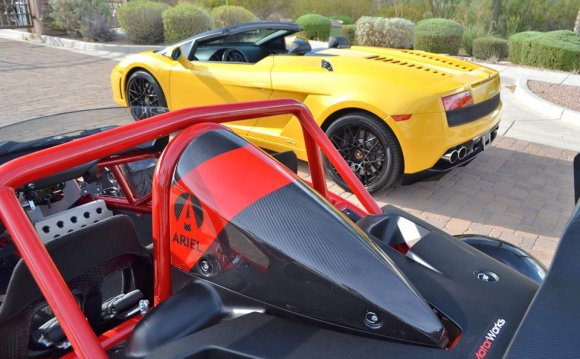 Like many ideas emerging from Art Center during our 80-year history, the very concept for such a school was visionary.

Edward A. Tink Adams was an advertising man with a radical idea in education: to teach real-world skills to artists and designers and prepare them for leadership roles in advertising, publishing and industrial design. To achieve that, he would create a faculty of working professionals from those fields. Art Center opened in 1930 with Adams serving as its director.

The viability of the idea he and a small group of colleagues launched was quickly proven. Even in the midst of the Great Depression, Art Center graduates quickly found employment.

In the years since, the caliber of our faculty and visiting artists has been extraordinary: Ansel Adams taught photography here; on a visit to campus, Keith Haring painted a mural. Our alumni include many of the worlds leading car designers, contemporary filmmakers (Armageddon, 300), ad makers (Thatsa one spicy meatball,  Got Milk?), concept illustrators, (Star Wars Artoo Detoo), artists (The Blue Dog), product designers (Apple monitor, Oakley Zeros) and others who have shaped culture with their talents and vision.

Our original campus was in a courtyard of buildings on West Seventh Street in Los Angeles, a site sufficient for Art Centers then 12 teachers and eight students. From the beginning, a simple filled-in circlewhat has endured as the Dotwas chosen as a graphic element to add to Art Centers printed materials. By 1940, enrollment had grown to nearly 500 students representing 37 states and several foreign countries.

After the war, returning veterans pushed enrollment numbers even higher, prompting a move in 1946 to a larger building on Third Street, as well as a commitment to a year-round schedule. In 1948, our renowned Automotive Design Departmentnow Transportation Designwas founded.

A year later, Art Center became an accredited four-year college, and offered its first bachelor degrees in Industrial Design, Photography, Illustration and Advertising. We played a seminal role in the founding of the first advanced-concept design studio for the automotive industry in the 1950s.

Adams was the first to encourage Art Centers international relationships. One of the turning points came in 1956, when the Japanese External Trade Recovery Organization began sending students to Art Center. Adams and faculty members George Jergenson and John Coleman visited Japan and wrote a report, The Future of Japanese Industrial Design.

Adams oversaw Art Center for nearly 40 years. When he stepped down, leadership transferred to an alumnus, Don Kubly, who would lead the College for nearly 20 years, including our move to Pasadena.

Throughout our existence, we continued to grow with, and often anticipate, the many cultural and technological landmarks of the 20th century while refining our educational tools and methodologies to remain on the forefront of art and design education. In 1965, we became Art Center College of Design.

We moved to Hillside Campus in Pasadena in 1976, into an iconic building designed by the modernist architectural firm Craig Ellwood Associates. In the 1980s, we were the first design school to install computer labs, spearheading the revolution in digital design. More recently, Art Center has focused on designs potential to generate positive social change and improve peoples lives through our groundbreaking Designmatters educational program. In 2003, we became the first design school to receive Non-Governmental Organization (NGO) status by both the United Nations Department of Public Information and the United Nations Populations Fund.

We have long taken a global view of the importance of design and art, and from 1986 to 1996, had a second campus in Switzerland. Today, we continue to leverage opportunities as they arise in the world, sending our students to work on projects across Europe, Asia and Central and South America, in order to address particular design challenges.

Closer to home, our Public Programs reflect our philosophy of design being integral to all aspects of life and being accessible to the surrounding community. The programs are now among those based at our South Campusa former aviation wind tunnelopened in 2004. South Campus is also home to our Graduate Art and Media Design programs.

Atmel: The History of Atmel Automotive

Highlights and History of Automotive Design