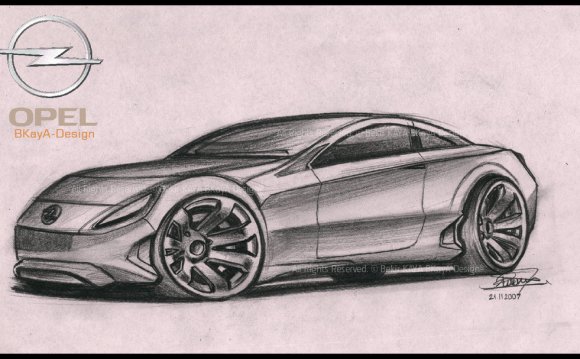 Based on the Chevrolet Camaro's platform, the Avista gets its power from a twin-turbo V6 engine producing 298 kW (400 hp). But this concept is less about the engine and more about the way it looks.

With lines that flow uninterrupted from the front to the rear of the car, and Buick's wing-shape detailing integrated neatly into the lights, the Avista has classic sports car proportions with a clean, modern look.

From one slinky sports car to another, Acura had a tough act to follow after last year's big NSX launch. Thankfully, Honda's luxury arm followed up with another big showing.

The Precision Concept is designed to act as a precursor to Acura's next generation in design. That grille will feature on a production car soon, and the headlamps take the current LED-heavy design on Acura's models and turn them into something altogether more beautiful.

Unfortunately, the car won't make it to production in its current form.

The Ford F-150 has been the best selling truck in the USA for 33 years, but that hasn't stopped Nissan going after its crown with all guns blazing. Last year it was the Titan XD, this year it's the Titan Warrior Concept, which takes a basic Titan XD and ramps up the aggression.

Nissan has given the car a 7.5 cm (3 inch) lift, and the bodywork has been inspired by the idea of "modern armor". That means integrated LED spotlights on the roof, angular fenders and guards, and special 18-inch beaded wheels to top it all off.