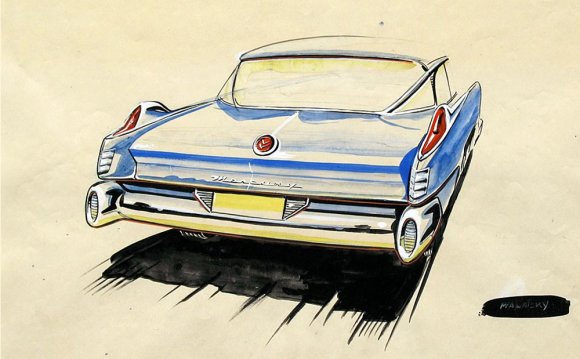 Labourdette, a master of horse-drawn vehicle design, created what might have well been the very first truly beautiful automobile in 1912: a “skiff” body on a Panhard et Levassor sleeve-valve chassis. From his boat-related skiffs, Labourdette went on to build some of the earliest aerodynamic bodies. Upon retirement, he authored a definitive treatise, “A Century of French Coachbuilding.”
Photography by Michael Furman, courtesy of the Mullin Automotive Museum.

He pioneered integration of scientific aerodynamic research into beautiful designs. A dentist by education, Paulin created several designs on Peugeot chassis, including a dramatic four-door sedan with a central tailfin. He created the “Embiricos” Bentley that ran several times in the 24 Hours of Le Mans before and after World War II. His career was cut short when the Nazis executed him for his work in the French resistance.

Car design changed from being an individual artisan’s craft to an industrial function at a fixed point: June 23, 1927. That was when chairman Alfred P. Sloan Jr. hired Hollywood custom car builder Harley J. Earl to create the General Motors Art and Colour department.

GM was first, but every car manufacturing company today, every brand, has in-house design capability, altogether employing thousands who can properly call themselves “car designers.” Over the decades, tools and methods have changed, but the premise remains the same as Sloan and Earl had concluded: A company can sell more cars if it makes them better-looking.