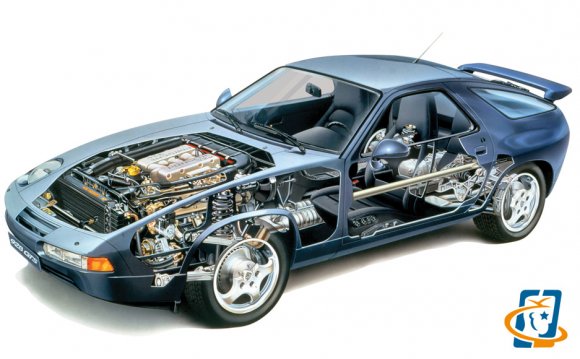 If the idea of your engine rotating behind you seems like a good one, then the Adams-Farwell, hailing from Dubuque, Iowa, is your car. Well, it wasn’t the whole engine rotating: just the cylinders and pistons, because the crankshafts on these three- and five-cylinder engines were fixed. Arranged radially, the cylinders were air-cooled and acted as a flywheel once the engine was up and running. Drive was taken off the cylinder assembly via a short, single chain, and the units were light for the time—190 pounds for the 4.3-liter three-cylinder and 265 pounds for the 8.0-liter five.

The cars themselves were rear-engined, with the passenger compartment mounted far forward, perfect for getting absolutely destroyed in an accident. Bearing in mind the lack of mechanical reliability in the early days of motoring, we wonder exactly how comfortable you would feel about 265 pounds whirling at 1000 rpm behind your calves.

Thirty cylinders, five banks, five carburetors, five distributors, 1255 cubic inches. This is what happens when Detroit goes to war. Chrysler built the A57 as a way to satisfy a World War II tank-engine contract in a hurry, using as many off-the-shelf components as possible. It consisted of five 251-cube passenger-car inline-sixes arranged radially around a central output shaft. The resulting 425-hp pile of hairy freedom powered M3A4 Lee and M4A4 Sherman tanks.

Although the mere mention of a racing engine is an automotive Pandora’s box of weirdness, the BRM H-16 is too obnoxious not to mention. BRM’s 3.0-liter, 32-valve H-16, essentially two flat-eights doing the horizontal bop, was the work of designer Tony Rudd. It put out more than 400 hp but was handicapped by weight and reliability. Jim Clark gave the engine its only F1 win, at the 1966 U.S. Grand Prix, and Jackie Stewart once likened it to a boat anchor. It sounded like four Subarus in a mailbox.

This wasn’t the only 16-cylinder engine the BRM lads dabbled with. They also developed a supercharged 1.5-liter V-16. It spun to 12, 000 rpm and produced roughly 485 hp. It’d make for one hell of a swap into an AE86 Corolla.