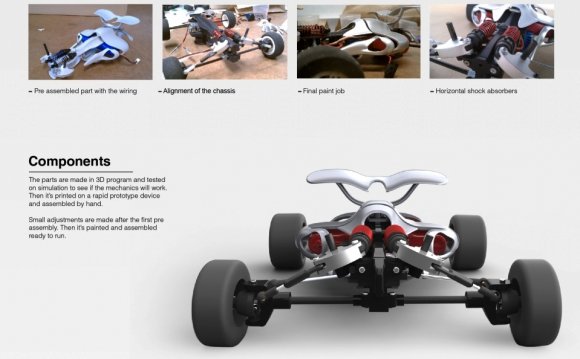 Audi may just be reaching the point of producing electric vehicles, but an Ohio-based industrial designer has an idea for where they should go after mastering that craft.

Kevin Clarridge of Columbus, Ohio, has shared a few sketches of his design for a wheel-free Audi sedan straight out of the 22nd century. A post to his Facebook page Oct. 8 shared a few images, while his Behance profile shows a few more color options for this concept.

Pretty much, it’s an Audi hover car. No wheels, no axles, just the ability to float along the magnetically charged roads of the future with an aggressively beautiful design and classic coach doors. The classic Audi rings are prominently visible, while the design seems to have deep roots in the existing R8.

While it may sound like the tech for this kind of a car is still off in the distant future, it’s not impossible to think that we may see such a car in our lifetimes. Lexus unveiled a working hoverboard in August of this year, and it’s just a matter of time until they can adapt that tech to a larger, heavier mode of transportation.

Check out some of Clarridge’s other designs on his Instagram and Behance profiles, and be sure to stay with us for more updates from the world of concept cars. In the meantime, find an existing, rubber burning Audi from our exclusive listings.