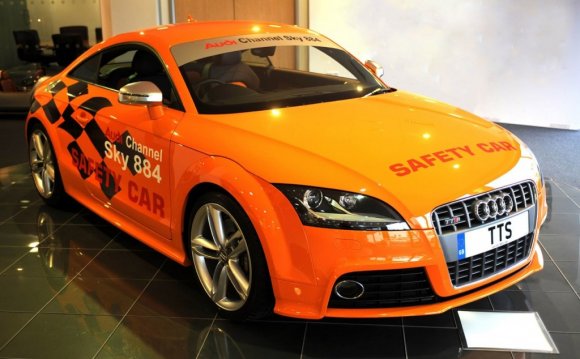 You know what a pain those plastic engine covers are? How they get in the way and hide your own car’s engine from you? Well, consider that black piece of molded plastic a metaphor for something much worse: the Digital Millennium Copyright Act. Automakers are trying to use the DMCA to say you can’t work on or modify your own car.

UPDATE: We just received a statement from the Automaker’s Alliance. It will be covered at the end of this article.

We all know that working on and tinkering with a modern car is a very different undertaking than it has been previously. It’s no longer just about putting on a new manifold and dual carbs, modern cars involve many, many computers, and working on your car usually means working with and talking to the computers embedded in the car.

There’s nothing inherently wrong with all the computers in cars, and they allow for safety, convenience, and efficiency levels in our vehicles far beyond what we’ve been able to achieve before. But that doesn’t mean they can’t be repaired or tinkered with by the owner — it just takes a new set of skills and tools. It’s not like re-jetting a carburetor was something just anyone could do, anyway — this is really no different.

Well, it is different in one very important way: because so much of how modern cars work involves computers and software code, cars can now fall under the aegis of bills like the Digital Millennium Copyright Act, and automakers can use this act to try and restrict what an owner can do to the car that they bought.

Automakers are considering cars “mobile computing devices” and as such would fall under the DMCA’s pretty draconian protections. Really —here’s how they describe their reasoning in the Auto Alliance’s (a group of carmakers including BMW Group, FCA US LLC, Ford Motor Company, General Motors Company, Jaguar Land Rover, Mazda, Mercedes- Benz USA, Mitsubishi Motors, Porsche, Toyota, Volkswagen Group of America and Volvo Cars North America) to allow people to work on their own cars:

Automobiles are inherently mobile, and increasingly they contain equipment that would commonly be considered computing devices... Many of the ECUs embodied in today’s motor vehicles are carefully calibrated to satisfy federal or state regulatory requirements with respect to emissions control, fuel economy, or vehicle safety. Allowing vehicle owners to add and remove programs at whim is highly likely to take vehicles out of compliance with these requirements, rendering the operation or re-sale of the vehicle legally problematic. The decision to employ access controls to hinder unauthorized “tinkering” with these vital computer programs is necessary in order to protect the safety and security of drivers and passengers and to reduce the level of non-compliance with regulatory standards. We urge the Copyright Office to give full consideration to the impacts on critical national energy and environmental goals, as well as motor vehicle safety, in its decision on this proposed exemption. Since the record on this proposal contains no evidence regarding its applicability to or impact on motor vehicles, cars and trucks should be specifically excluded from any exemption that is recommended in this area.

Now, it’s not like they don’t have any points — there could be safety implications (though not likely enough to make the car any less safe than, say, a road-legal vintage car), but locking out key safety features while leaving other components open to repair or modification is certainly possible. This isn’t an all-or-none kind of situation.

This means if you want to modify your car by getting your ECU flashed to make changes to, say, increase horsepower, change throttle response, or whatever, you’re violating the law, even if you don’t touch any of the safety or security code in the car’s computers.