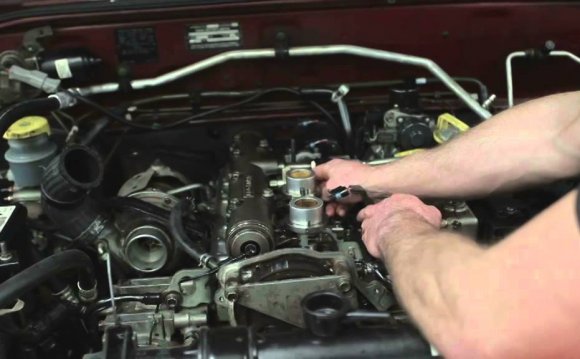 Just about everyone who wants to major in mechanical engineering seems to want to work for a major car company because they really love cars and designing cars is cool. This of course included me about 15 years ago. I worked for several large companies in the automotive industry but I never worked for one of the major auto manufacturers themselves. While you might not be able to get a job with one of the auto manufacturers, there are plenty of suppliers out there in the automotive industry that might actually get you closer to some of the cool design work.

Everyone who goes into engineering wants to design cool things and see their ideas come to fruition. Unfortunately if you're in a large company this isn't generally what happens - especially for junior-level engineers. Everyone's career path is different.

My main advice would be:

You'll have to deal with the company culture - You better be the type of person who likes working at a large company if you expect to end up working at one. There are many smaller companies (and some large ones) that are in the automotive industry as well. If you absolutely hate the company culture that will be way more important than the fact that your company builds something cool. You might be building rockets to go to Mars, but if you hate your boss your life could still be miserable.

You'll have to live where the jobs are - Many of the jobs are in the Detroit area, there are suppliers spread throughout the Midwest, and some factories now in southern states. Many factories are in rural areas because that's often where it makes sense to build a facility that requires a lot of land. If you have your heart set on living in a place like Boston or California, that might be tough.

Auto companies are often extremely conservative - Remember they build millions of cars, and they want to make sure their products don't need to be recalled and/or fail because that causes bad publicity (or death) and could be expensive. They have to meet tons of safety and emissions regulations (even Tesla). There's a huge difference between building one of something that's really cool and building millions of something in production. One thing to note is that the major auto companies have billions of dollars and it took a startup automaker (Tesla) to actually develop a viable electric car.

There are many companies in the automotive industry aside from the major auto manufacturers - A lot of the really "cool" work actually goes on at the suppliers, whereas the manufacturers are often more focused on integrating everything. You might want to design the next center console, but that could actually be outsourced to a supplier like Lear or Johnson Controls. You might end up designing an exhaust bracket instead. And it's often tough to get a job with a particular company unless you have a connection.

The industry is cyclical - Sometimes it's great, and other times it's awful. The good news is that as a mechanical engineer you should be able to find something in a different industry if you need to.

You often don't get to choose what you want to do - There are many engineers who are needed to do things like design the assembly plants, keep the assembly plants running smoothly, inspect failed parts, and source components, among other things. Many of those things aren't something that might interest you in particular. You don't always get to do what you want. Not everyone gets to design cool things. And there's often a lot of paper-pushing and bureaucracy at large companies that turns what should be simple projects into nightmares with a lot of busy-work.

If you really want to be in the automotive industry, get involved - I'd recommend participating in any activities related to vehicles at college, such as Formula SAE or any program dealing with hybrid electric vehicles (I was in FutureTruck in college). Not only will this get you connections in the industry, it will also get you the type of experience that someone hiring for an auto company or a supplier would love to see and set you apart from the rest of the applicants who just "like cars."

Consider other industries - Yes, cars are cool, but there's a lot of other cool stuff out there too that needs to be designed and built that you might enjoy and not even be aware of. Don't limit yourself!